Message from Supervisor Michael Scanlan to voters in Brčko

On 15 November, use your vote to demand that Brčko’s unique advantages be harnessed to restore the belief in Brčko’s youth that their future lies in the District.

Despite its excellent investment location, a port on the Sava River, and the highest per-capita budget in the country, Brčko District has been stagnating and its youth are at the forefront of the outflow of people from this country.

Before you cast your vote, ask your candidates if they are committed to achieving a vision of the District in which everyone benefits.

Make them compete with sound ideas for growing the private sector and improving public services rather than empty pamphlets or fearmongering.

When you vote, a candidate’s competency should be the key factor. Votes should not be traded for a promise of a job, money, or some other short-term benefit, nor is not voting a solution.

The last 18 months have seen some positive changes, which I have applauded. The new Law on Budget has put an end to the hundreds of amendments that served individual interests. And the adoption of the Law on Associations and Foundations established transparent, merit-based support for NGOs, ending years of egregious misuse of public funds.

Thanks to the public register, the financial cost of Brčko’s public administration system is now clear to everyone, and it is for you to judge whether the services justify the cost.

Voters will be able to use a web app, due to be launched this week, to learn where parties and candidates stand on these and other concrete issues important to the future of the District.

Also, colourful posters throughout the District and on local media outlets list the reforms needed, and how they are interlinked.

Your vote can accelerate the reform process, and yes, your vote will be counted. Every polling station in the District will have independent monitors from civil society from the opening through the counting of ballots.

And don’t let someone else decide your future – report suspected election fraud to the law enforcement agencies – they will investigate it!

The polling stations will also be properly equipped to safeguard against COVID-19 through funding provided by the authorities.

Now it is up to you, the voters.

Brčko District can again be a wonderful place to live, with a vibrant downtown area, a waterfront, quality health care and good public services, and a bustling private sector with well-paying jobs.

It is time for you as voters to do your part in making this vision a reality. Vote on November 15. 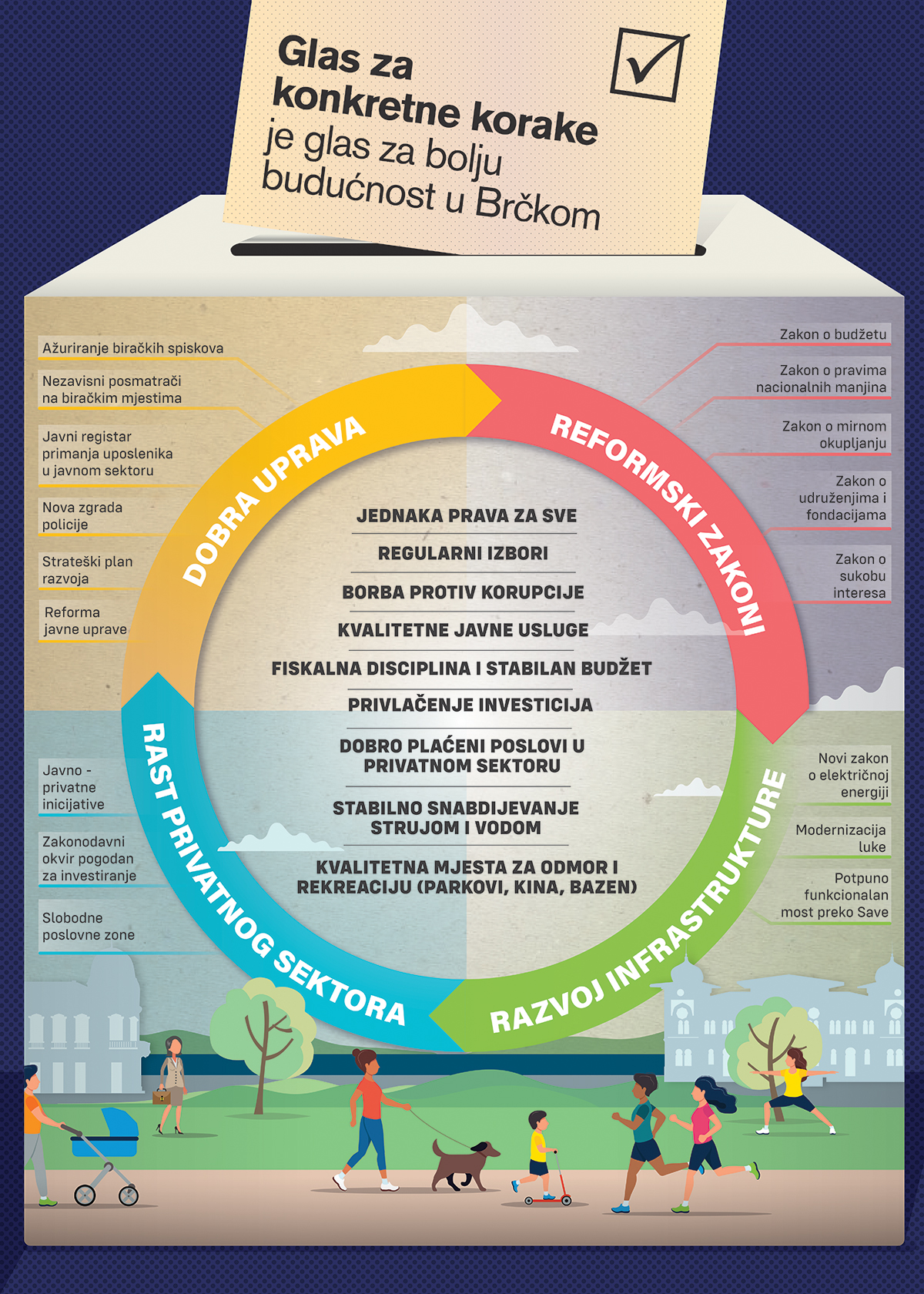